Con Safos: Reflections of Life in the Barrio at the Museum of Social Justice 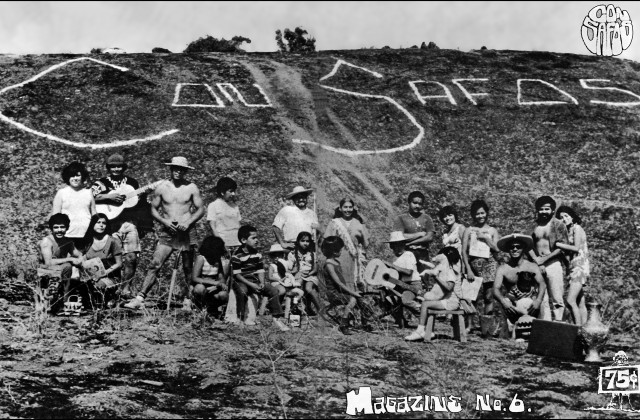 Con Safos Magazine was a leading Chicano literary journal that emerged in the late 1960’s to the 1970’s in the East Los Angeles Barrio. Con Safos Magazine offered a Chicano first voice to address and document “El Movimiento.”

The Museum of Social Justice was born out of the La Plaza Initiative, housed at the Urban Foundation in 2010 to preserve the historic La Plaza United Methodist Church on Olvera Street Plaza. Since 2012 the Museum has had a run of exhibits that highlight social justice movements in Los Angeles, from the genesis of the Goodwill Industries to Hollywood’s role in the civil rights movement. The current exhibition chronicles Chicano social and cultural activism through visual and literary art reflecting life in East Los Angeles, including oral testimonies, personal poems and satirical musings, painting, photography, photo collages, comics, documentaries, social activism and other cultural forms of expression. We highly recommend this outstanding exhibit!