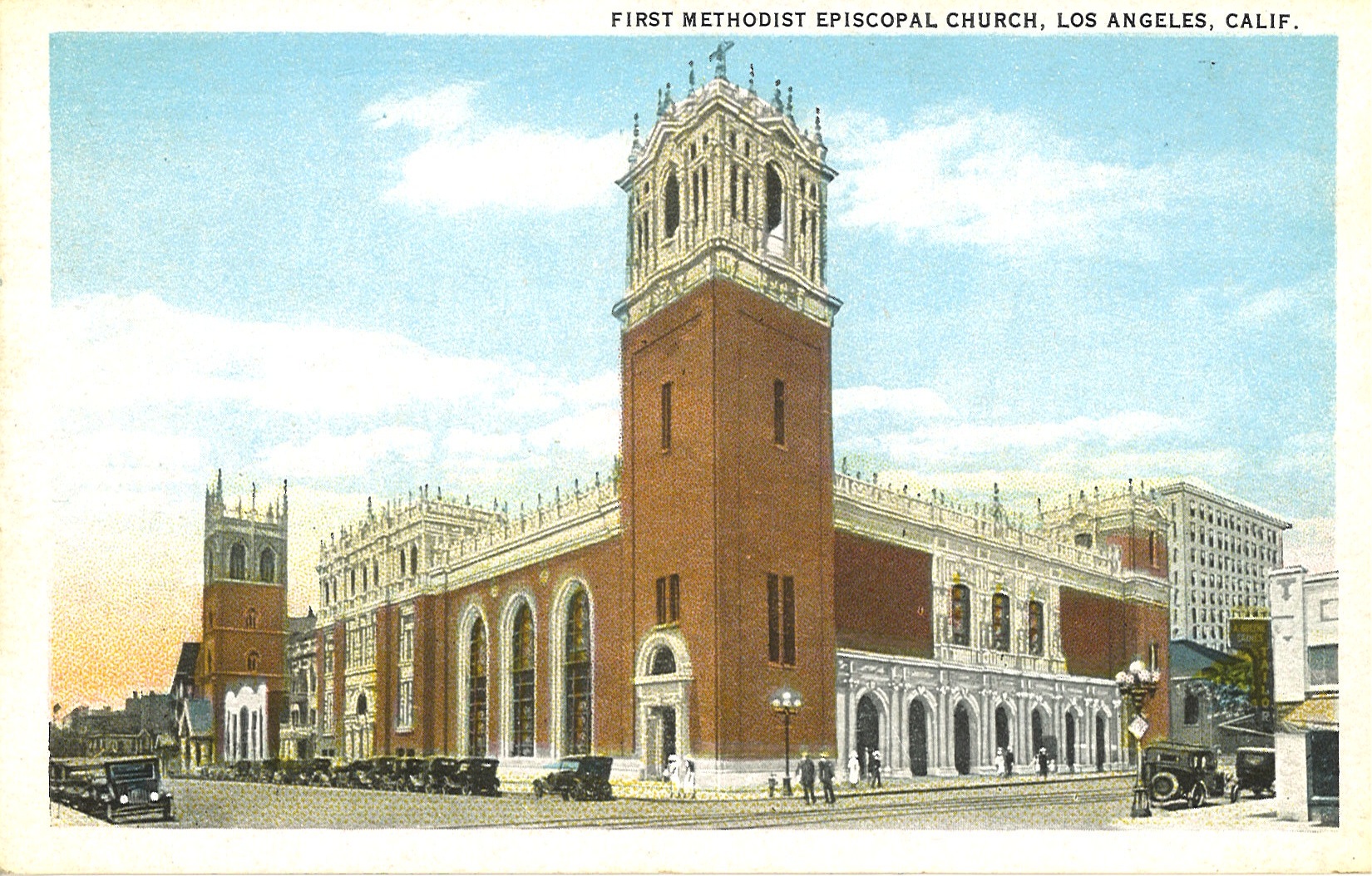 In 1983, the congregation of First United Methodist Church in Los Angeles made a generous, lasting gift to the people of Los Angeles by creating the Los Angeles United Methodist Urban Foundation. With proceeds from the sale of this beautiful church building, previously located on Hope and 8th, in 1982, the congregation set aside two million dollars to establish an endowment for the Urban Foundation. Its original intent, which is still true today, was to support “Seeds of Hope” in central and south Los Angeles with small grants to faith and community-based programs, and to support the study of urban ministry at the Claremont School of Theology.

Now in its 36th year, the foundation’s longevity and stability, combined with the professional expertise of staff and a widespread and diverse volunteer corps, has led to a more focused ministry on youth and young adult development and leadership. The church continues to provide leadership to the foundation through the Urban Foundation board chair, Stewart Kwoh, and board members Rev. Mandy McDow, Ginny Brideau, Sara Munshin, and Naty Rico.

In 2008, First Church invited the Urban Foundation into a partnership to serve youth in the church by founding Kid City Hope Place. Now in its tenth year, Kid City has encouraged and supported over 350 low-income, first-generation students to enroll in college, touched the lives of thousands of students and family members, and has over 50 college graduates, many of whom return to volunteer, mentor, serve as staff, and have even joined the Urban Foundation board of directors. Long-time church member and original Kid City founding member, Kwesi Essilfie now serves as program coordinator of Kid City, and Kid City alumna Naty Rico provides the children's program at First Church. First Church continues to be the lead partner in Kid City, and the program is enriched by this affiliation. We are blessed to be a partner of First Church!

In its three decades, the Urban Foundation has awarded over two million dollars in “Seeds of Hope” grants to community- and faith-based organizations, and grassroots urban projects in urban Los Angeles. Over the years, “Seeds of Hope” grants have supported many youth organizations and youth services. In 2009, the foundation made a decision to align its Seeds of Hope grants with its programmatic approach at Kid City. Since then, grants have been awarded to partner organizations that like the Urban Foundation and Kid City, lift up youth and young adults and provide warm and welcoming spaces for them to grow in leadership and prepare them for college and careers. We are proud to partner with these programs, including Holman United Methodist Church Community Development Corp., which has evolved fully from grantee in 2012, to full-fledged collaborator today. Holman's Jobs for Kids and Youth at Work programs keep the Urban Foundation programs fully staffed during the summer months, when those programs provide essential job training and pay for student interns.

For the last three years, the foundation has paused its grant making program in order to strengthen its infrastructure and build its endowment. We hope