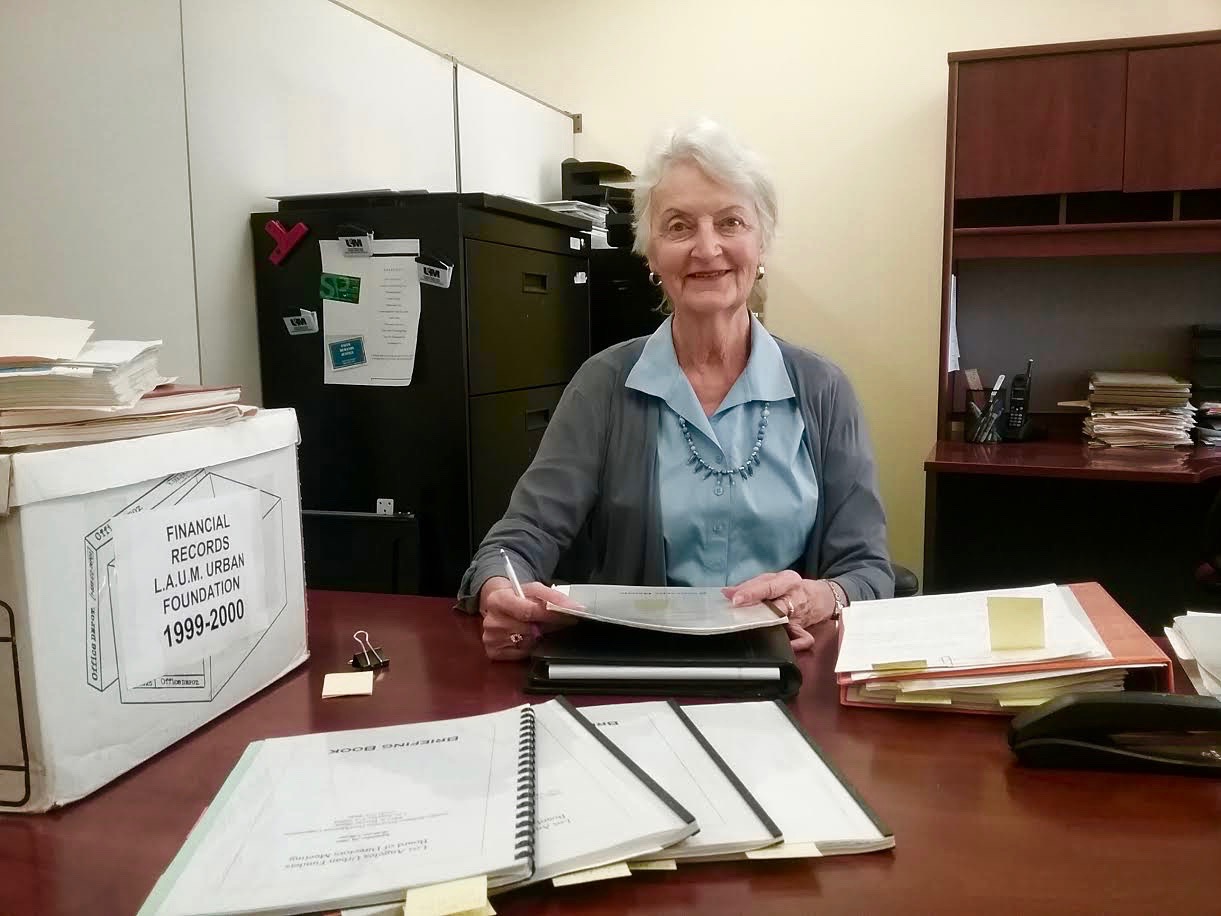 Reminiscing on the Urban Foundation
By Sara Munshin

Soon after I started attending First United Methodist Church, Los Angeles (FUMC-LA) in the mid-1980’s, I was told of the church’s decision, after selling its property at the corner of 8th and Hope for what was then a huge sum, to form a separate foundation. From what I understood, there were two basic components of the work of the Urban Foundation. The first was the ongoing support of an urban ministry program at the Claremont School of Theology. The second was the support of small but significant faith-based ministries in urban Los Angeles. Over time, I had some minor involvement by serving on selection committees for the Seeds of Hope grants. 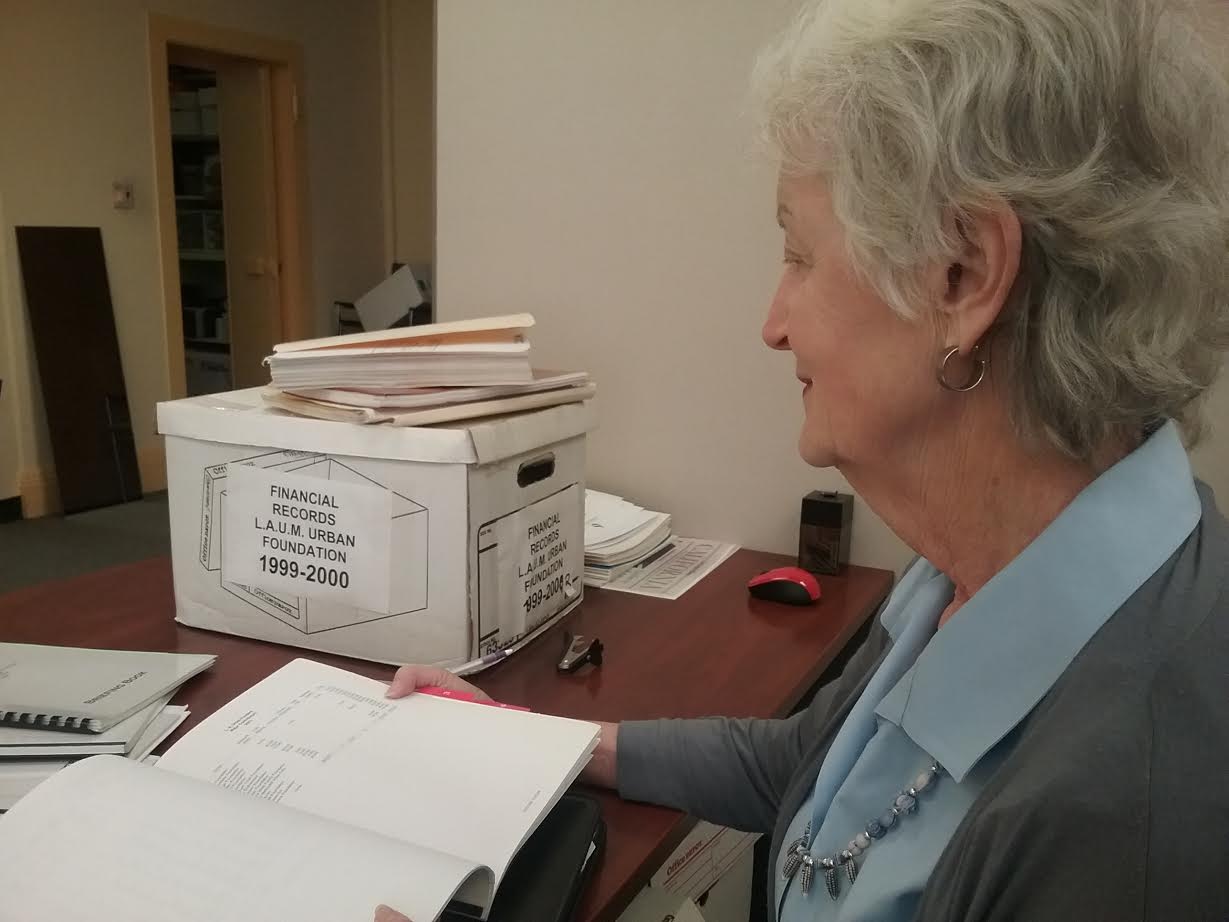 More recently, I have supported the Kid City program in various ways since its inception and have become a member of the Urban Foundation Board. As a volunteer, I recently began going through the archives of the Urban Foundation, focusing on the annual award dinners that were held for several years, some of which I attended.  In the first decade of this century, these dinners recognized people working in social services related to the United Methodist Church through the Hutchinson-Green Awards; organization and leaders who “Initiate and support signs of hope in the city” thought the Urban Shepherd Awards; and other awards for organizations and individuals making a difference in our city. It was touching and inspiring to read about the individuals and organizations that have worked diligently throughout the years to do God’s work in the city. Some were known only in their local areas and others have national recognition, yet they all found ways to serve the city and its diverse people.

From the editor: Have you been honored by the Urban Foundation in the past? Have programs you know of benefitted from an Urban Foundation support? Please let us know! We would love to hear from you and include you in our history project. Thanks Sara for helping to preserve the history of our work through the decades!